Good morning It  has been quite a long time since I was able to post from this blog. I did something wrong with Google (what did I do? Well, I don't  why. Just that I could not get back in.

I noticed in my last blog that I had turned 72. I was a youngster then, wasn't I? Of course, this time I'm a year-and-a-half older, but I haven't gotten one bit smarter. I'm lucky in one regard, and that is that I am able to hide in my own house from the evil Covid. I am a mask-wearing man when outside the house, I don't hang around with crowds.

I hope everyone reading is well, also.

Posted by Postino at 9:03 AM No comments:

Live long and prosper. Or not

I turned 72 this year. After congratulating myself for making it this far, I did what I usually do, and that is worry about how much longer I have to live.

I take a statin drug for cholesterol, and I take a drug for my blood pressure. They both appear to be working, at least according to the blood tests I take every year. I have become dependent on those prescriptions for a sense of well being. But I recently read an article that spoke of statin drugs this way: if you don’t get a heart attack or a stroke how do you know if it’s because of the statin drugs you took, or you were never going to get a heart attack or stroke anyway?

There is no way to know that, so you either have to assume the drugs worked, or you are one of those people who live a longer life that others. Either way it leaves a puzzle in your mind.


I have cats. We had four cats, and then the four got whittled down to two when both died of old age. I thought in that case there is an advantage to being a cat. All cats do two things: sleep and eat. When our cats are awake they listen to every little sound hoping I will put their dish full of food on the floor. When they finish eating they go somewhere to sleep.

Except for instinct, cats don't think about the past or the future.They don't think to themselves, “Yeah, there's food here today, but what about tomorrow? What if my owner has a heart attack or stroke and I don't get fed?” They are incapable of thinking that way because they don't have the type of brains that conjure up those types of thoughts. As my wife and I have discussed, cats just live in the right now. They don't think about their past, and they don't think about a future. Why worry? I envy that, but as a human being if I thought like that I would be very low on the art of thinking, or scaring myself, if need be, to eat healthier or take statin and blood pressure drugs. There is a price for being at the top of the intellectual food chain. We are aware of our mortality.

Having said that I need to make some preparations for my eventual demise. Writing a will is a must, I think. Why haven't I done it yet? I think it is my ability to procrastinate the necessary in favor of the unnecessary. After all, there is a new series on Netflix I'd like to watch, and I would prefer that to thinking about what happens after I die.

I heard that married people live longer. I'm married for 50 years and is it because I'm married that I am living longer, or is it that it just seems longer? That's an old joke, probably older than me.

My wife was in an accident earlier this year that totaled her car and caused her some injuries from which she is still healing. It was such a bad accident that an elderly woman in the car that hit her died from injuries. Not only am I grateful my wife is still alive, but the accident has reminded me to be more careful driving. I am not scared to drive, but it makes me pay more attention when on the road. And if I get killed in a car wreck then someone might think, gee, maybe he didn't need to take those statins or blood pressure meds after all.

Not me, but after an entire lifetime I wish I'd kept up with the accordion lessons of my youth. 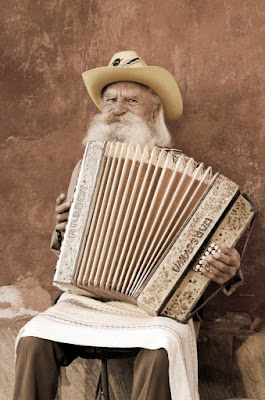 Posted by Postino at 5:44 PM No comments:

Halloween is coming, and here are two versions of a popular ghost story.

Louis C. Jones, a folklorist and author of the popular book, Things That Go Bump in the Night, mentions a ghost story that is very famous. He places it in the Troy, New York, area, but variations on the story's locale have popped up all over America, and even other countries. It has been retold over and over. Here are two versions. One is a story from a special ghosts issue of Classics Illustrated, which I took from Pappy's Golden Age Comics, the other a story from the celebrated pulp magazine, a 1939 issue of Weird Tales, which is available on the Internet Archive. 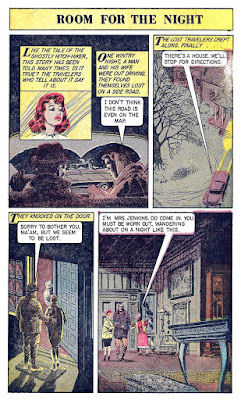 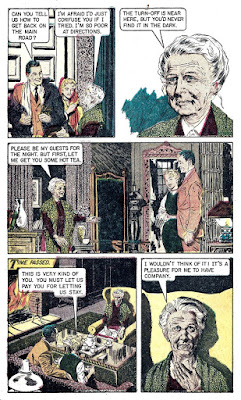 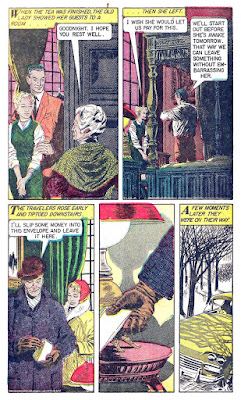 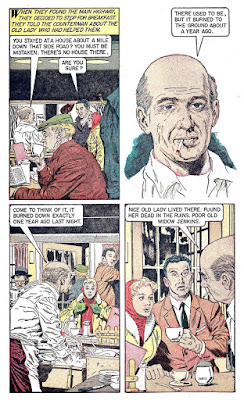 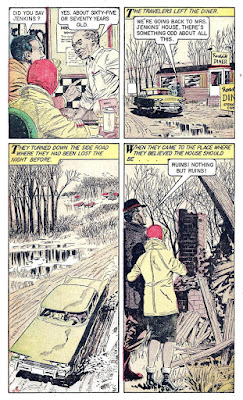 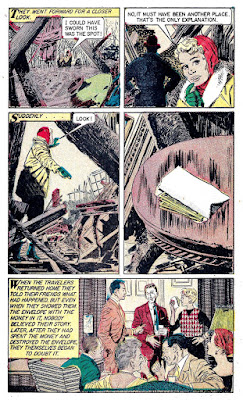 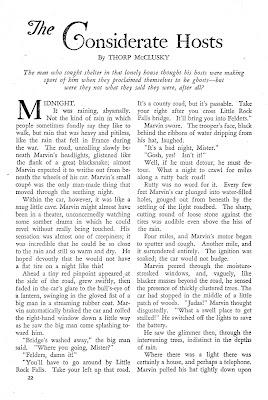 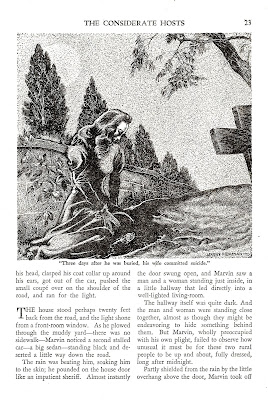 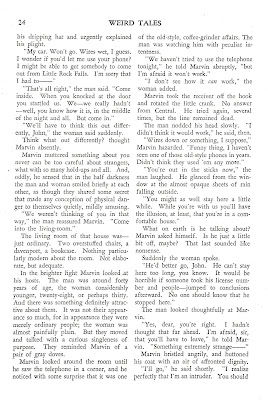 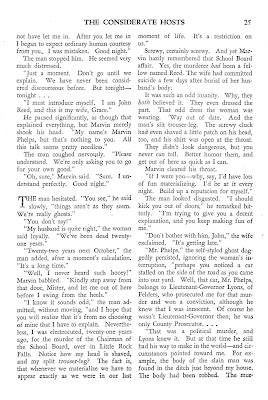 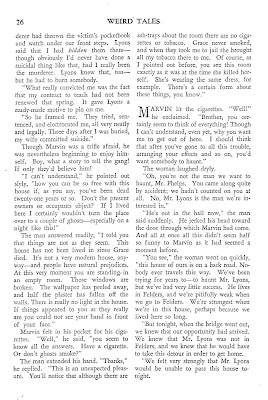 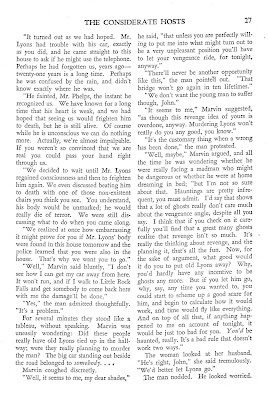 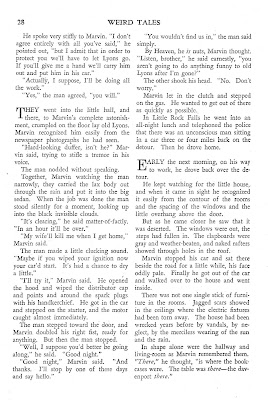 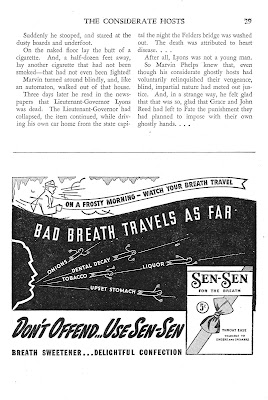 Write, then edit: editing is writing

I wrote this a couple of years ago, and thought I would share it with fellow writers and would-be writers.

I've been reading old issues of Writer's Digest magazine. I've had varying degrees of success with that publication, because some of the articles are useful to understanding the process of writing, but often I'm left thinking that an idea might work for one writer, but not for me.

I'm in agreement with the idea--told by more than one writer--that even bad first drafts are fine, as long as the ideas are put down. Writing is bashing it out, then going back in with an eye to simplify and most important, editing. Cut, slash, pare down.

I have a tendency, being a stream-of consciousness type of guy, to want to say too much, and that might lead to something else, and very soon I've filled up a page with superfluous words that just hold the reader up from getting my point. Ever do that? It's why things are done in first draft form, so you can get it out of your system. One article in particular said when comparing manuscripts that Hemingway stood out for his clean pages. Very few changes were made in his hand. That's because he thought it out before he wrote it. He did the editing in his head. Most of us aren't that skillful; for me, personally, I have to have the words come out of my fingertips. I can think a paragraph in my head, but until I'm looking at it in the form of typed words it means nothing. Then I can go back in, and thank computers and word processing for this, with my cursor edit everything out that doesn't need to be there.

Anyway, the writing process that works for me is idea, execution, editing.

GOOD ADVICE FOR THE EDITING STAGE:

From  “The Ultimate List of Writing Tips,” no credit for the list, found on the Internet, but most of it makes sense, especially Number 62: “Editing is everything. Cut until you can cut no more.”

So I cut, and cut…and this is now the edited version of my first draft you see above:

Reading old issues of Writer's Digest magazine, I'm in agreement with the idea that even bad first drafts are fine. Writing is bashing it out, then editing. The writing process that works for me is idea, execution, editing.

A POSTSCRIPT: If you are being paid by the word, disregard all of the above advice.
Posted by Postino at 3:44 PM No comments: